If you’re uncomfortable in your assigned gender (and I’m going to go ahead and assume that you are, since you’re reading this) you might want to take steps to change that. I won’t embarrass myself by talking about the medical side of things – I’m in no way qualified to do so – but I can give you some information that might be helpful on the legal side of the gender affirmation process.

Probably the easiest way to start your official transition is by changing your name. You can start presenting as another gender at any point you feel comfortable doing so, but by changing your name you’re taking the first step in formally becoming the person you want to be.

Changing your name is actually really simple and a lot faster than people think. All you need is a deed poll and a couple of witnesses. I’ve written a complete guide on how to change your name here, which will fill you in with all the details. In short, get a deed poll, get two valid witnesses to sign it, and you’re done! Easy peasy.

You’ll have to notify certain organisations (such as the Passport office or your employer), but this is pretty straightforward and, crucially, will mean that all your future documentation will contain your new name – I’ll explain why this could be particularly useful later.

Will this affect my birth certificate?

No, unfortunately not. Your new name will be legal and it’ll be fully recognised by all relevant authorities, so don’t worry about that. But a birth certificate is simply a record stating when you were born (you can find out more about birth certificates and what they do here). As a general rule, they can’t be changed… Or can they? Step forward Gender Recognition Certificates!

If you’re going through a gender affirmation process, you might want to look into Gender Recognition Certificates. They’re basically a certificate that legally changes your gender and, even better, they outrank your birth certificate. There’s three main legal effects to this. It

Gender Recognition Certificates are great. Woo! Unfortunately, they’re also quite hard to get hold of. Boo! You have to prove to a panel that you’re fully committed to the process and you’ve been living as your acquired gender for some time. It’s a pretty complex and lengthy process. Bit of a pain. Fortunately for you, I’ve written a complete guide to it here – it should help you get your head around it. Remember earlier I said it’ll come in useful if you have documentation with your new name on? Here’s why – it acts as evidence that you’ve been living in your acquired gender.

Getting a Gender Recognition Certificates takes a minimum of two years – you’ve got to prove that you’ve been living as your acquired gender for at least two years when you apply. Documentation with your name on is valid evidence that you have been. So if it’s something you’ve thought about and are sure you want to do, you might want to start thinking about changing your name as soon as you’re ready. It’ll get the clock ticking.

It used to cost £140 to apply for a Gender Recognition Certificate, the robbing so-and-sos. Fortunately, it’s only £5 now!

Does that affect my birth certificate?

If you’ve got any more questions about deed polls or birth certificates feel free to get in touch with us through our live chat system, text us on WhatsApp or ring us on 0330 088 1142. We’re happy to help in any way we can!

Declan is an Apprentice Content Creator at Vital Consular, which means he’s learning the ins and outs of blog writing! He studied English Literature for 4 years before joining the company. Outside of work, he enjoys listening to retro music and reading classic novels – particularly Charles Dickens!
Articles: 7 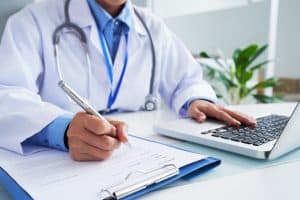 Gender Recognition Certificate – What are they and how do I get one? 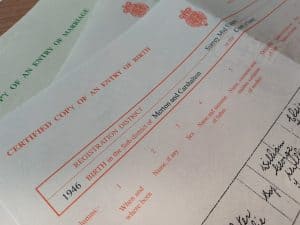