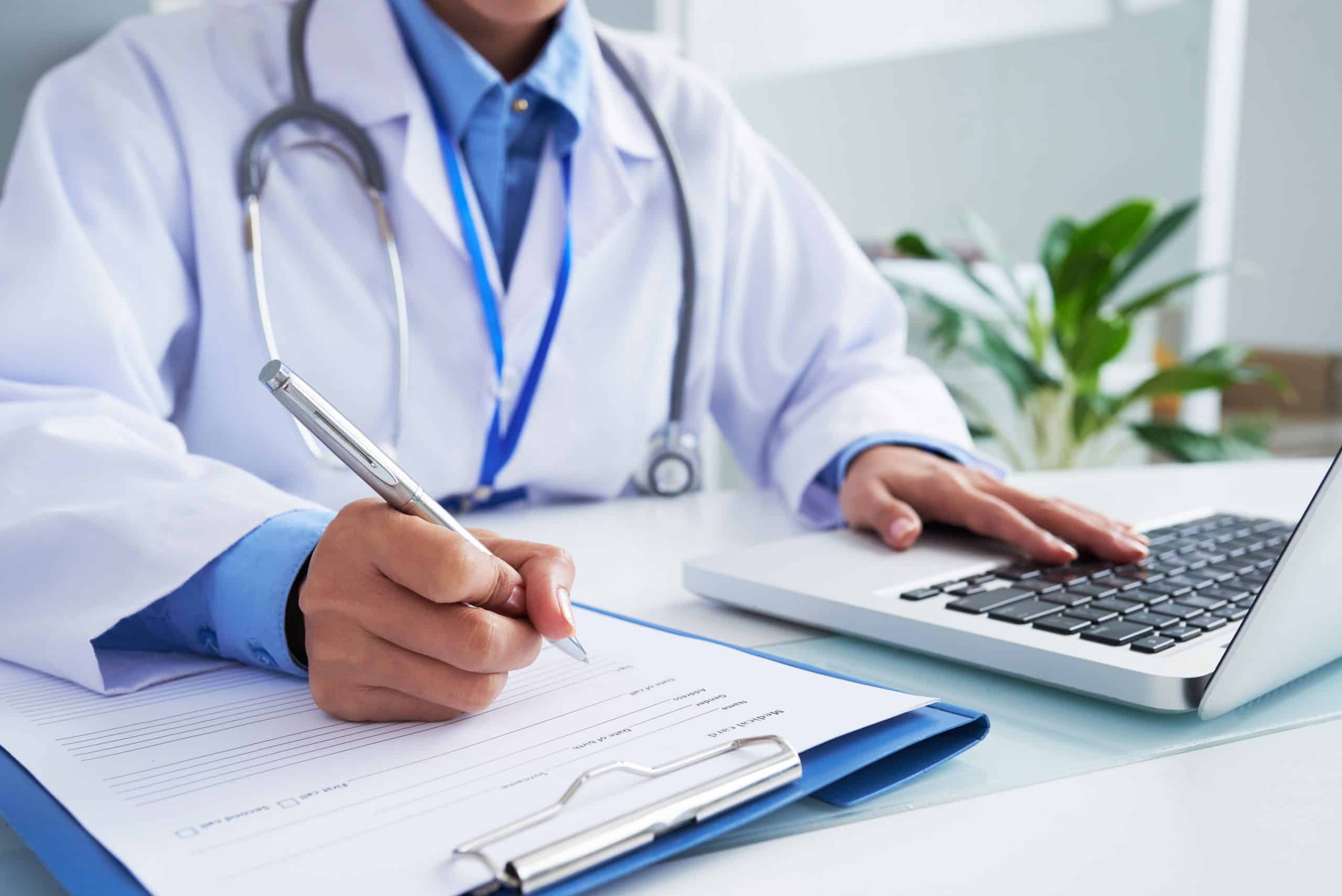 You can’t just go around changing your birth certificate willy-nilly. That’d be… daft. There are a few rare circumstances when you can change the name on your birth certificate, though, which is unlucky for me. This could have been a really short article and I could have spent my time doing more productive things, like scrolling mindlessly through Twitter.

If you want a little overview on birth certificates, here’s one I made earlier. If you want a copy of a birth certificate, you can get one here. All you need to know about them for this article, really, is that you can’t normally change them. They’re just a factual document saying that you were born – why would that need changing? Well, there’s a few reasons, and this article will tell you why and how.

Whether you can change the name on your birth certificate depends. It depends on where you’re from and it depends on why you’re wanting to change it. If there’s a mistake on it, maybe. If you just fancy changing your name one day, also maybe. Believe it or not.

The rules change depending on the country your birth was registered in:

We’ll start in England and Wales. No favouritism, but I’m English and England is my favourite.

If you fancy changing your name, go for it – you just need a deed poll. If you don’t know what a deed poll is, there’s a guide here. It was written by yours truly, so you know it’s fantastic. They’re a document that legally changes your name, but they don’t affect your birth certificate.

You can change your baby’s name within the first year, though. Imagine you’ve had a baby, named them, then, for whatever reason, decided you don’t like the name. Maybe you called your daughter Daenerys a week before the Game of Thrones finale. You can change your child’s name if you apply to do so within 12 months of their birth. If you do decide you want a second crack at your kid’s name, how you go about changing it depends on:

Either way, the register office will update the original record to show your new name. The previous name’s still included on long-form certificates – the new one’s in the space at the bottom. Short-form certificates only show the new name.

Only the mum, dad or guardian can change the name, and they:

So you might want to keep that in mind.

There’s only two ways to change the name on your birth certificate in England and Wales. You can get a Gender Recognition Certificate, or you can prove there’s a mistake on your original certificate.

You can change your own birth certificate if you’ve got a Gender Recognition Certificate. I won’t go into all the ins and outs of Gender Recognition Certificates now, because I’ve already done it here and it took me ages. It’s a certificate you can apply for to legally change your gender. They’re pretty hard to get hold of – you need years worth of proof and medical evidence, but if you do get one, you can get a new birth certificate with your new name AND gender on. Nice. The new certificate replaces the old one, and there’s no record of the change on the register. Even nicer.

That’s about it for amending birth certificates in England and Wales. Now, get your kilts out. Imagine some bagpipes playing in the distance and one of them cute fluffy cows stood on a grassy hill. We’re off to bonnie Scotland.

I’ll try lay off the tired clichés now. My heart’s not brave enough to purposely annoy the Scots.

You know what? Yes, you can. Straight up. Anyone can. Scotland lets you just change the name on your birth certificate if you want. Within reason, obviously, but still. Mad. If

then you can just wake up one day and apply to the National Records of Scotland (NRS) to get your name changed. There’s a leaflet from the NRS here that’s got most of the details you’ll need.

Hold your Shetland ponies, though. At the moment (December 2021), the NRS aren’t really taking on new applications for name changes – they’re working on a skeleton staff because of the COVID situation. You can email them at namechange@nrscotland.gov.uk if it’s urgent, or visit their site to keep updated, but most of their services are down at the moment. It’s completely understandable, not their fault at all, but it’s really ruined this part of my article.

When you can apply, you can only change your forename once. Don’t get greedy. You can change your surname up to 3 times (once if you’re under 16), but once you’ve changed it you’ve got to wait for at least 5 years before you can change it again, so pick something you like. Don’t pick a daft name as a joke if you aren’t willing to put up with it for 5 years. Or do, and then change your name back using one of our deed polls.

Like England and Wales, you can change your kid’s forename if you’ve decided you don’t like it. If it’s within 12 months of the birth, you need this form – just apply to the registrar general. You can only change the forename on a birth certificate once.

If they’re under 16 (but over 12 months), you can apply to change your kid’s forename and surname using this form. If you’ve already changed the name in the first 12 months, you can’t change it again.

If you’re over 16, you apply to change your forename and surname with this form. Again, though, at the time I’m writing this all their name change services are down.

I’m sorry that wasn’t as in-depth as the English and Wales section. All the services being shut for COVID’s really stitched me up like a kipper. Never mind. Right. Kilts off, garish green suits on. Hopefully we’ll have better fortunes in the Emerald Isle. Luck of the Irish, and all that.

Yep. If your birth was registered in Northern Ireland and you’re over 18 you just can apply to change the name on your birth certificate. Just wake up one day and fancy a new name? No bother to the Irish.

Again, you can change your forename once and your surname three times, but again, you’ve got to wait for 5 years after changing your surname before you can change it again. You’ll need to fill out that form I just linked (you’re welcome), witnessed by one of the following:

Fill it out and send it to the General Register Office of Northern Ireland (GRONI) with a fee (it’s about £50 for a name change and a new certificate) and a certified copy of your current birth certificate.

Kid’s names can be changed too. In fact, the kid can apply to change it themselves. Their parents or guardians do need to sign the application, though. Imagine if they didn’t. Imagine kids could just choose their own name. How fun would that be? It’d be pure chaos. What would you have called yourself? I’d be Mr Blue Power Ranger, probably.

And that concludes our tour of the UK! I’m quite happy to finish in Northern Ireland. Their processes are really easy and I right like the accent.

I hope I’ve answered your question whether you change the name on your birth certificate or not. There’s no real straight answer – sometimes you can, sometimes you can’t, it all depends. If you are wanting to just change your name, you might be better off just getting a deed poll.

If you’re from England and Wales, you haven’t really got a choice.

If you’re from Scotland and Northern Ireland, it’s up to you. Changing the name on your birth certificate might feel a bit more ‘official’, but it isn’t. A deed poll’s just as legal, it’s a fair bit cheaper, and it’s easier to do. If that hasn’t sold deed polls to you, I’ve got one more reason up my sleeve.

Any old idiot can access your birth certificate. It’s on public record. So are any changes or corrections you’ve made to it (unless you’ve got a Gender Recognition Certificate – that’s private). If you’re trying to keep your identity hidden, or you don’t want people to know you’ve changed your name, get a deed poll instead. Fully recognised, fully legal, fully official, just not on public record.

If you’ve got any more questions about deed polls or birth certificates feel free to get in touch with us through our live chat system, text us on WhatsApp or ring us on 0330 088 1142. We’re always about and we’re always happy to help in any way we can!

Declan is an Apprentice Content Creator at Vital Consular, which means he’s learning the ins and outs of blog writing! He studied English Literature for 4 years before joining the company. Outside of work, he enjoys listening to retro music and reading classic novels – particularly Charles Dickens!

Gender Recognition Certificate – What are they and how do I get one?